Popeyes Pandemonium: What chicken can teach us about viral content 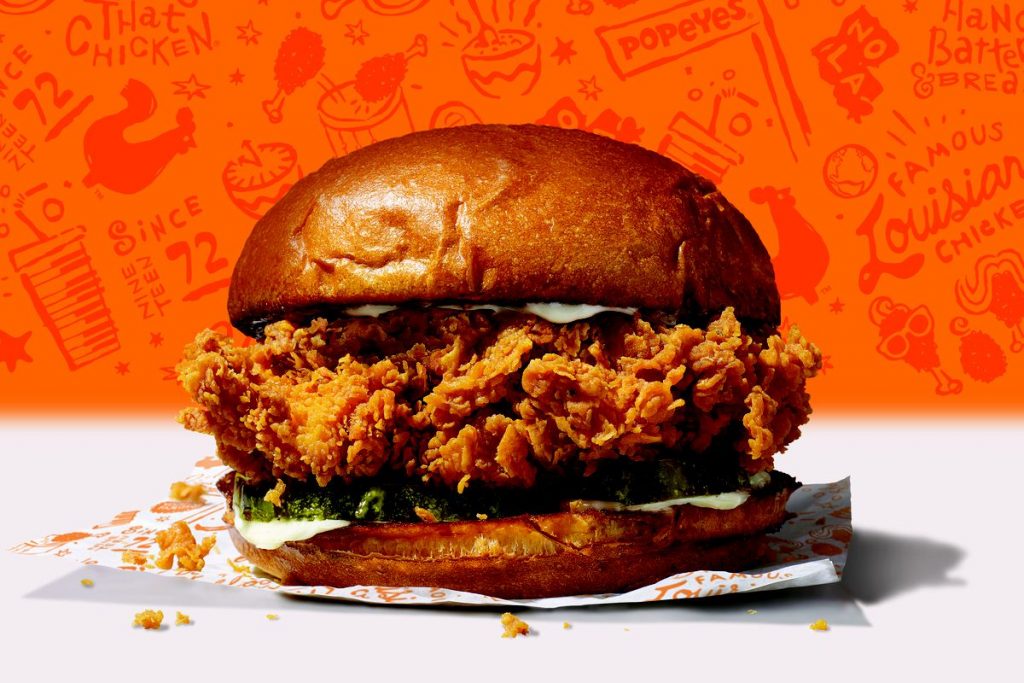 Unless you were in a “Tom Hanks in Cast Away”-like scenario over the last month, you undoubtedly noticed the buzz around the release of Popeyes’ chicken sandwich. If you were stranded on a desert island, catch up here. The demand for this apparently delicious sandwich was so great that Popeyes entirely “ran out” of chicken fillets and won’t be re-releasing the sandwich until early October — more likely a savvy demand-generation ploy rather than a failure of projections and sourcing, in my opinion.

Regardless, the nation took notice of the hysteria around this fried treat, and between countless social media posts and extensive national media coverage, Reuters estimated that Popeyes received a cool $23.25 million in free advertising in just the first two weeks following the sandwich’s release. This makes for not only the most successful restaurant menu launch in recent history, but also one of the most lucrative viral crazes of all time.

In its wake, we at VantagePoint have heard plenty of questions around how something “goes viral,” typically in the larger context of wanting to create a piece of content that then goes viral as well. These questions often belie misunderstandings of the “hows” and “whys” of viral content. This timely article on Inc. provides an effective and accurate long-form response to viral content confusion, but in brief, here’s what you need to know:

What does “going viral” even mean?
It’s not uncommon for people to misuse the phrase in a marketing context. In these circles, “going viral” simply means that a piece of content is picked up and circulated or shared widely, far beyond your immediate or paid audience. In the case of Popeyes, the chicken sandwich itself was swept up in a tide of surprising support.

You can’t force viral content.
By far the most common misconception is that you can “make” a viral piece of content, as if there’s some secret formula or designation. That’s just not how it works — you can’t for a huge audience to be automatically interested in viewing and sharing your content. These things happen organically, and if you do try to force it, you’ll fail miserably. Note that Popeyes didn’t spend a dime on promotion of the sandwich (at least at first).

Increasing your odds.
While you can’t just elect for content to go viral, there are certain hallmarks of pieces that have seen such levels of success. Among others, all seem to have a level of originality, novelty and most of all, provide value in either a practical or entertainment sense.

Most instances of content going viral are the result of good thinking and hard work, not blind luck. Like all QSRs intending to expand their menu, the Popeyes chicken sandwich was years in the making. The chef(s) at Popeyes had a vision for a chicken sandwich that improved on the original, and they set out to achieve that goal. After countless iterations of ingredient combinations and a series of market tests, they produced a sandwich that had the potential to be successful because of its original flavor.

Whether it’s a chicken sandwich or a social media post, there’s a lot that goes into a potentially viral piece of content. Feel free to comment below on other takeaways you’ve had from the still-ongoing #ChickenSandwichWars.